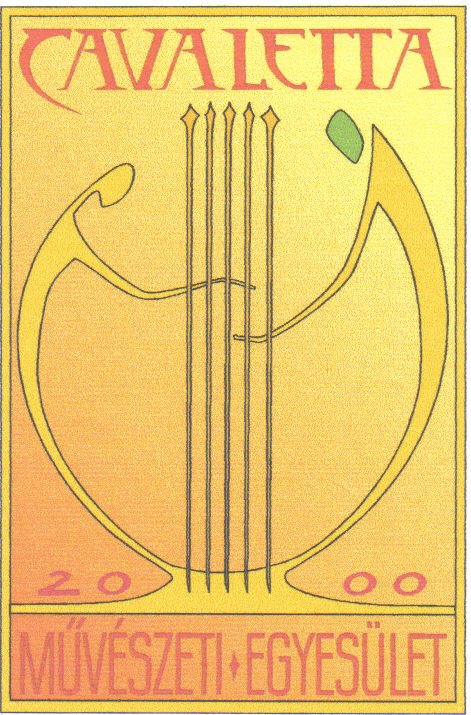 The Cavaletta Art Association is having a jubilee

The year 2011 started as an exciting and promising year in the life of the Cavaletta Art Association as its members are celebrating a triple jubilee.

So we have a reason to celebrate:

The jubilee productions started at 19:00 on 17th April with the performance ‘Le portrait de ma Tante’, a musical comedy in three acts by the Ad Hoc Theatre in Gödöllő. The Cavaletta Female Choir had a concert tour in Finnland between 11th and 15th May. They had a concert in our twin town Forssaban and in on of our former choir member, Suvi Tolvanen’s parish in Kangasniemi, too.

They are planning concerts every month from September on.

On 24th and 25th September the comedy ‘Le portrait de ma Tante’ will be performed again during the Theatrical Days of the Lyceum in the House of Arts of Gödöllő.

They are welcoming their musician friends from their twin town Aichach between 27th and 31st October and are having a mutual and an own concert in the House of Arts of Gödöllő and the Royal Palace of Gödöllő. The Ad Hoc Theatre will have a performance in Tura on 15th October.

The female choir is performing ‘Mass in D Minor’ by Peter Cornelius in Szada on 5th November and the theatre performers are visiting Pusztamonostor on 19th.

There will be two performances with the title ‘In memoriam dr Gyula Szabó’ in the House of Arts of Gödöllő on 26th November: it will be a performance by the third group of the association, the Csapó Wind Quartet together with the singer Edina Bense and pianist Gábor Kemény, followed by the one-act play ‘On the Road’.

The jubilee will be finished by the members of the Cavaletta Female Choir in the Ceremonial Hall of the Royal Palace of Gödöllő on 11th December.  They will say farewell to the past years with ‘Stabat Mater’ by Pergolesi and organise an exhibition with memorabilia and are planning to publish an art-publication and a DVD as well.

During the concerts the ex-students of the choirmaster will also perform as guests:

The teachers Beáta Ferenczy and Gabriella Soós will accompany them on the piano.

The members of the association would like to express gratitude to their supporters and the local government of the town of Gödöllő for their help.